Another Road to Rio: DO serves as team physician at Paralympics

Another Road to Rio: DO serves as team physician at Paralympics – The DO 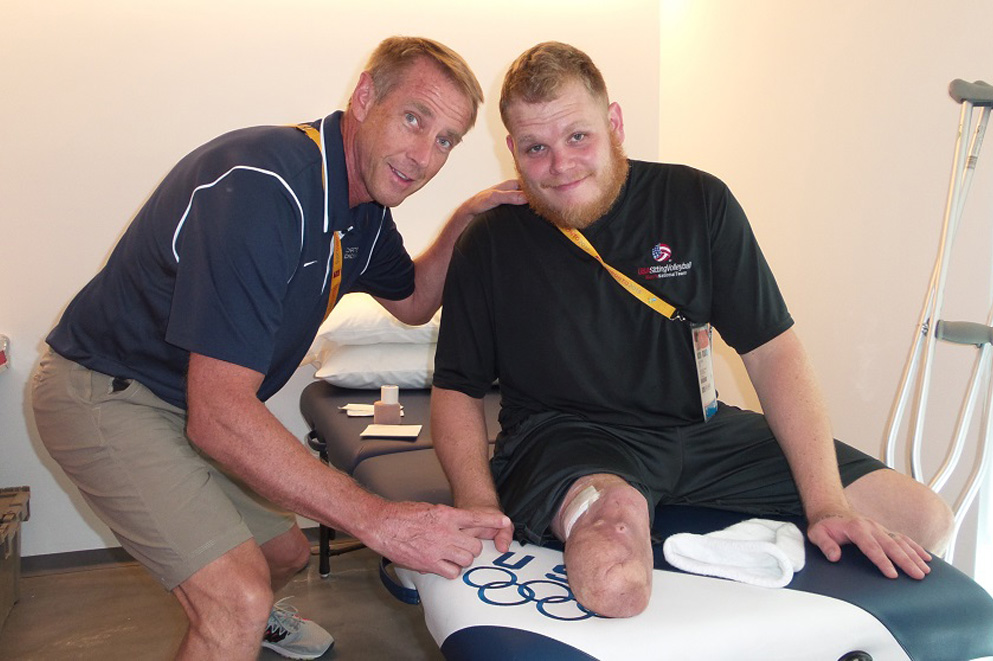 Another Road to Rio: DO serves as team physician at Paralympics

Jeff Anthony, DO, is one of four physicians traveling with the U.S. team for the 2016 games.

By Rose Raymond and Vicki Martinka Petersen Email Wednesday, Sept. 7, 2016
Another Road to Rio: DO serves as team physician at Paralympics – The DO

The Summer Olympics might be over but there is still plenty of competition in play as athletes converge on Rio for the 2016 Paralympic Games.

Jeffrey P. Anthony, DO, of San Diego, is attending his first Paralympics as one of four team physicians traveling with the U.S. team for the games taking place Sept. 7-18. During the Paralympics, Dr. Anthony will split his time between treating athletes in the medical center and on site at competition venues.

Dr. Anthony draws upon his osteopathic medical training, including OMT, to treat the aches and pains associated with competing in Paralympic sports, such as sitting volleyball and wheelchair rugby.

“I had a sitting volleyball player who experienced significant back pain because of the asymmetry of having one full leg and one half leg. Using OMT helped relieve his muscle spasms,” Dr. Anthony says.

Dr. Anthony’s path to the Paralympics began through work with the Challenged Athletes Foundation, which raises funds to help challenged athletes pay for their sports equipment and prosthetics. This year, the foundation awarded grants to 98 Paralympian and Paralympic hopefuls to support their journey to Rio. 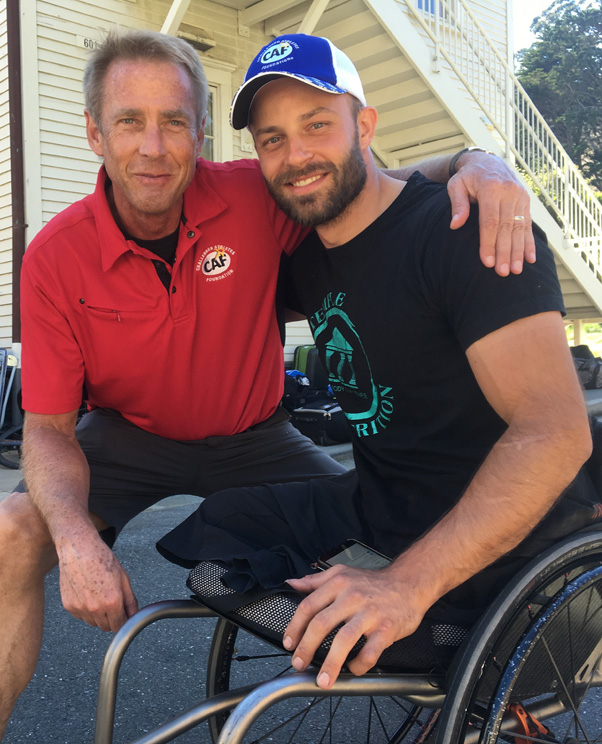 For Dr. Anthony, helping athletes overcome their physical challenges to compete at the highest levels of their sport is rewarding beyond measure. One such athlete, a man named Mohamed who was born with one full leg and one half leg, will compete in the debut triathlon at the Paralympics. Last month, Mohamed joined over 80 cyclists for the foundation’s Back to Back Cycling challenge Nor Cal, which included three days of riding more than 80 miles per day through Napa Valley.

“He had a smile on his face the whole time,” Dr. Anthony says.

Another athlete Dr. Anthony treated, a cyclist named Andre, was able-bodied until he lost both of his legs in a train accident at age 19.

Overcoming his physical challenges to excel in his sport has helped Andre heal and recover from the trauma of his accident, Dr. Anthony says.

“He told me that he now has a purpose and a mission to motivate others to reach their goals,” Dr. Anthony says. “Each of these athletes has an obstacle to overcome, and it’s so inspirational to see them accomplish their goals.”

Original Article can be found by clicking HERE

(This Article is copied in its entirety from osteopathic.org as it features one of our physicians)